Before my first child was born, I needed to find a pediatrician. I set up two interviews with doctors recommended by mama friends. My firstinterview felt like meeting a politician—a slimy politician. He walked in a half hour late and, as a greeting, asked where my husband was. At work, I explained, irked at his assumption that I even had a husband. Satisfied with my husband’s whereabouts, he finally shook my hand. His handshake was a vice grip, like he was trying to crush the tiny bones in my hand. That was two strikes against future baby doctor. Not to mention my hand was sore. I asked for parenting resource book recommendations, something with advice about basic illnesses, developmental milestones and such.

"I tell my parents not to read. Rather they should trust their intuition," he said. I wasn’t comfortable with a doctor who told his patients not to read. He also had strong objections to the book I was reading, Nurture Shock. "Nurture," he said, "is inherent. Every person knows how to parent."

Both his statements sounded too generalized and sweeping for me. I quickly realized, were he my son’s doctor, I would constantly
disagree with his approach and reasoning. That was strikes three and four. I began explaining my plan to try breastfeeding my son. 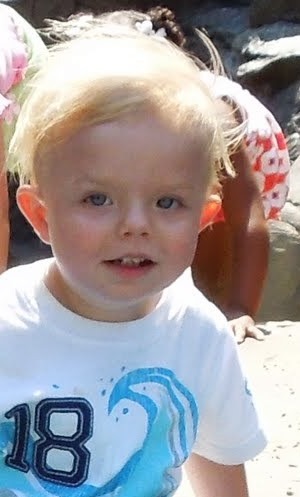 He interrupted me. “You are going to breastfeed,” he said, “without fail.” He continued, “Every woman can breastfeed. The hospitals make it difficult on women to breastfeed. None of my homebirth patients have any trouble breastfeeding. Look at the pictures on my walls. I went to China, I went to Africa, I went to India. There were no lactation consultants. They just did what came naturally when their milk came down. They were all fine. Look at the giraffe." He pointed to the wall behind him; there is no giraffe picture. "Its baby is born and then it suckles. No intervention needed!"

My mama friend who had recommended him was a homebirth patient who needed a lactation consultant. Strike five! We are also not giraffes, and not all baby mammals and their mamas breastfeed inherently or properly. Some baby animals die because of this. Where we have lost our tribal communities, from which we could have used that generational knowledge of breastfeeding or called upon our sisters to help us wet nurse, lactation consultants and midwives have filled the gap to help educate and encourage us.

I stood up and thanked him. He shook my hand again; it felt pulverized. As we parted, he asked what I was going to do. I replied, “Breastfeed like a giraffe.” My jab couldn’t be avoided but probably went over his head anyway. If his aim was to make me feel empowered, his manner toward me created the opposite feeling. As his patient, I would always feel like he was talking down to me.

My second appointment was drama-free, and I knew she would be our pediatrician. As I left her office, she wished me luck and reminded me to call their on-site lactation consultant if any issues arose. My son was born with a tongue-tie (or medically “Ankyloglossia”), which required the intervention of surgery and the aid of several gifted and patient lactation consultants.

Happily, at 14 months old, my son continues to nurse and thrive.

Sara Ross Witt is co-producer of a monthly reading series, Tuesday Funk and a graduate of The New School M.F.A. in Creative Writing Program. She writes a blog about pregnancy and motherhood at Pregphonic and Pregnant and lives with her husband, their 14-month old son and two cats in Uptown.