Preschool in Chicago: Why I'm saying 'Forget it' 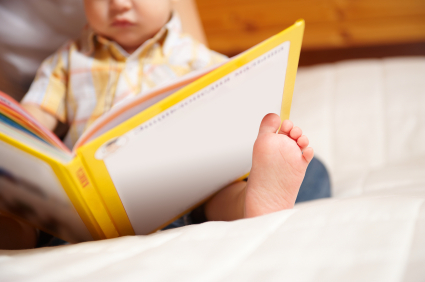 I’ve just missed the first round of preschool open houses in Hyde Park. I have a daughter, S, whose peers have all been introduced around: to preschool teachers, administrators, and their soon-to-be-classmates. In Hyde Park, where kids start school as early as 2, this is the plight of a 9-month-old. They can’t talk, most don’t walk. In fact, the majority of these babies (BABIES!) are still pretty drooly, crawling about, floppily waving bye-bye when no one’s leaving the room. But in a little over a year, they’ll be heading off to school, with visions of Harvard or the University of Chicago in their parents’ heads.

But I missed the first round of open houses, and I’ll miss the next round, too. Because I’m not planning on sending S to preschool. That’s right. At all. (She’s also not learning a second language. I haven’t given her a toy violin. And the closest she’s come to playing a kiddie sport is rolling a sticky orange ball across the playroom floor.)

Maybe you’re thinking this isn’t a big deal. But in Hyde Park, where the University of Chicago reigns supreme, this decision isn’t controversial; it’s appalling.

You may have seen recent articles about “redshirting” kindergarteners. But read closely: this practice, in so many cases, is only a strategy to give children a leg up, an opportunity to be more competitive. To what end? I’m not talking about redshirting S, I’m talking about leaving her be, sending her to school when she’s good and ready, as determined by me, her mom.

The fact of the matter is that even kindergarten isn’t required in Illinois. And though I’m not saying we’ll skip kindergarten, too, we may. You’re probably thinking about the consequences: the less-prestigious grade schools, the state colleges in my kid’s future. Maybe you’re worried. I’m not.

Here’s my thought: we put way too much pressure on kids (I’m loathe to add the phrase “these days” lest it age me inaccurately). Yes, we need to remain competitive in a global marketplace and all that, and China is outpacing us, etc., etc., etc. But it’s not our children’s responsibility to keep an eye on the GDP, and I’m not designing my daughter’s life as a strategy for addressing America’s economic concerns. As long as she’s smart enough (not educated enough, but smart enough) to find a life path that makes her happy, I’ll be satisfied that I’ve done my job as her parent.

Right now, what makes her happy is this: lots of naps; morning snuggles; frequent nursing; being chased; open-mouth kissing smaller babies; sweet potatoes; and dancing. I know these things will change, and they’ll change fast. I also know that I won’t succumb to the pressure to get her “up to speed” academically or socially. She’s up to her own speed and it’s the perfect pace for me to keep up.

The 1 essential skill kids should learn in preschool

The basics of CPS preschool programs