Modeling failure as a parent 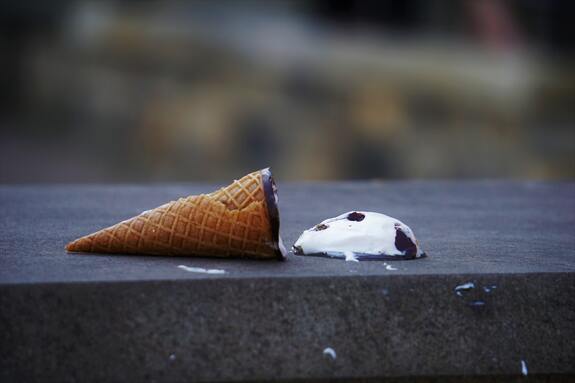 Did you know that mistakes are integral to the learning process? It’s true. Failure actually helps students develop their ability to improve and hone fundamental skills. Those who don’t view failure as an opportunity can find themselves struggling later on. Of course, our achievement obsessed culture doesn’t help matters. We don’t often hand out awards for most spectacular failures. Only when that failure is turned into a success do we typically offer praise.

When my own children were young, I felt like a constant failure. Balancing work and home while keeping a family of five happy was no small feat. For a long time I carried that guilt. I was hard on myself, as many parents are. Eventually, I realized that my children were picking up on my reaction. I knew I needed to change how I approached failure, so they wouldn’t accumulate the same guilt. Following are some of the lessons I’ve learned, and share with parents in similar situations.

Model Failing Forward
I encourage parents to approach their mistakes as an opportunity to model a healthy response to failure. Try to embody failing forward — learning from mistakes and embracing failure as a necessary part of progress. One way to do this is in your demeanor. Children notice how you react when you “mess up.” You can spend all the time in the world telling your child that it’s okay to make mistakes, but if you melt down when it happens for you, they’ll remember. By being gentle to yourself, you teach your child it’s okay for them to do the same. There should be no shame associated with an honest mistake.

When discussing failure with your child, avoid language that assigns negative value, i.e. “I made a stupid mistake.” Instead, talk about what you learned and what you might have done differently. Emphasize how important it is to move forward despite this setback. If you’ve failed while learning a skill or performing a task, touch on how you’ll improve.

Lead by Example
In this chaotic world, parenting can seem like a constant string of mistakes. Yet we adapt for the sake of our children. So why not let them in on this process? If our children see us being uncertain, failing, or even flailing, but still managing to grow and learn, they will learn they can, too. Our failures can be their guideposts.

Improve Confidence and Chances at Success
Failure is valuable for boosting confidence and promoting resilience in young people both in and out of the classroom. Children and teens who can persevere in spite of repeated setbacks and without the validation of success are well-equipped for the realities of adult life.

I saw it in my own children. When I adjusted my own attitude, when I allowed myself to fail forward and lead by example, my children were less afraid of their own failures. Instead of mistakes, they saw opportunities. Instead of giving up, they embraced their innate creativity. How will you embrace failure within your home?

An award-winning educator and author and the founder of The Critical Thinking Child, Lemi-Ola Erinkitola is passionate about giving parents the tools to help their young children succeed academically. She’s developed proven frameworks that foster academic achievement and critical
thinking skills while also encouraging confidence, family time, and fun.