CPS academic centers: How a mom counseled her son on whether to accept an offer 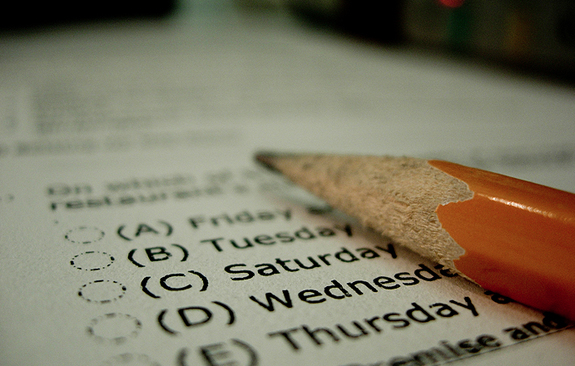 Years ago, when my oldest son entered kindergarten, I started thinking about where he’d go to high school. The lack of good public high schools in Chicago made me nervous. As a child of public school teachers and a product of public schools, I had little interest In private school. Did that mean we would have to move in a few years? Should we just move now instead? What were our options if we went to public high school in the city?

Flash forward to last year, as I was driving him home from fifth grade, when he popped the question: “What is an academic center?”

I’d learned about selective enrollment high schools but they seemed like a pipe dream. So few students are accepted compared to the thousands that apply. So when, in sixth grade, my son asked to take the academic center test, I was honest. I told him that there are many ways to measure academic success, that this is a flawed system that picks up on some kids’ intelligence and misses others'. He understood and was undeterred. We signed him up for the test.

Two months later, a friend texted me: “Results are posted.” I logged in, scrolled to the bottom, and waiting there was an offer from his first choice. “OMG, he got an offer!” I thought, in complete astonishment, excitement and, I admit, instant pride. This was immediately followed by a desperate, sinking feeling: “OMG, he got an offer.” My hands went cold and started to shake. (I’m embarrassed about that because it seems overly dramatic, but that’s what happened.) I called my husband.

When my son received the offer we felt proud and lucky. We all enjoyed that excited feeling for a couple of days. And then, our work began. My goal was to gather information so he could make an informed decision.

First, I talked with his elementary school principal. Then I emailed his sixth-grade teachers, asking them the same questions: Do they think my son is a good fit for this academic center? I talked with our school counselor and emailed our former principal who had left the previous year.

Then I talked with my “education friends,” as I think of them. One friend works in education research. One has a Ph.D. in education. One has children in high school and college who went through CPS. I called the offering academic center and they connected me with parents of current academic center students. I posted on the NPN discussion forum and talked with an NPN member whose son currently attends. I talked with a friend whose child had accepted the spot as soon as it was offered. I asked a lot of questions and kept an open mind.

I shared everything I was learning with my husband and son. We talked about it at home every couple of days and created a list of pros and cons. After one week my son said he had enough information: he was undecided and frankly, so were we.

I wanted to give him the luxury of making a decision and living with it for a few days before he had to actually commit. Four days before the offer expired I woke him up with a pad of paper and a pen and told him to write down his choice. I told him to pretend that he couldn’t change his mind and see how it felt. He wrote it down, and we didn’t talk about it for two days. When we did, he said he hadn’t thought about it all. The offer would expire at 11:59 p.m. on Friday night, so we set a deadline for him a few hours earlier. When it was time, he lowered his hand to the mouse pad. The pop-up box asked, “Are you sure?” We groaned and he ever so slowly clicked again. The website asked us to confirm again. We groaned and laughed and, with a little more speed this time, clicked it again. We looked at each other, exhaled and high-fived. He accepted the offer.

Amy Johnson joined NPN in 2006 shortly before her first child was born. After her second son was born she began volunteering as a neighborhood co-chair and was thrilled to move into a staff position in 2012. She is on the Local School Council of her children’s public school and busy with home renovations. She recently moved from Ukrainian Village to Irving Park with her husband and sons.

This CPS resource makes high school search so much easier

What exactly is an International Baccalaureate School? A primer.