Share the stories of these notable Chicago women with your kids 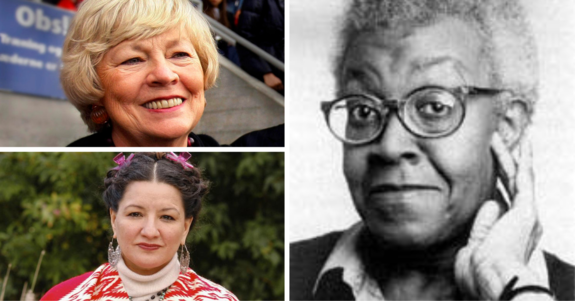 During my daughter’s bedtime reading, we’re exploring all the extraordinary women in history. Though we love learning about women all over the world, it began to pique my interest to see what kind of gems Chicago has produced. Fortunately, I found and rediscovered many reasons to be proud to be a Chicagoan.

Here are just a few notable Chicago women who have broke ground and a few ceilings.

Throughout Chicago’s rich history, women have played pivotal roles in bringing forth real and vital change. As a youth advocate, I admire the arts and science–based program called After School Matters, an opportunity for urban youth to explore a wide range of careers and trades. The late Maggie Daley left a gift for youth to accumulate their own income while nurturing a creative interest. This program has positively affected the lives of so many teens under the age of 16 who seek legitimate ways to earn an income. Let’s not forget, she also has one of the coolest parks in the city named after her.

She was the first Chicana woman to sign with a major American publisher, is a MacArthur Genius, and has taught at many universities. Who is it? Sandra Cisneros, that’s who. This Humboldt Park native is best known for her 1984 book, The House on Mango Street, which is taught in many schools around the world.

Last year, my family and I were fortunate to see a play about the literary legend Gwendolyn Brooks. Her contributions to American literature gave voice to the African American perspective in a way that captured the attention of avid readers; she was rewarded for her work with a Pulitzer Prize. It’s no wonder that she has a Chicago Public School school named after her. The high school continues to produce just as many gems as she has left us in her writing.

Speaking of culture, the theatre is a favorite past time for me and the circle of moms I know. Thanks to women like Jacqueline Russell, who founded Chicago Children’s Theatre in 2005, there’s another great venue for our children to attend year-round the West Loop.

Ariel Investments, a Chicago-based firm managing $10 billion in investments, was co-founded by its president, Mellody Hobson Lucas. Hobson grew up on the South Side, then left to attend Princeton and returned to become one of this city’s most extraordinary success stories (much like another South Side native, Michelle Obama). Hobson is now the wife of Star Wars creator George Lucas and mother to their daughter.

As we wait for our city to elect our first African American woman mayor in April, another chapter in Chicago history will unfold. Because this city has birthed so many legendary women, their legacies must be told by parents like you and me. Sharing these stories paves the way for more opportunities to influence those who have yet to know their purpose in this city of big shoulders.

Keisha Mathew has been a youth advocate for over 15 years. She holds a masters in social work, with a concentration in community schools from the University of Chicago. When she’s not exploring the city with her two magical children and partner/husband, she’s planning their next fantastic voyage. Follow her on Instagram at @wanderlust.writer.creator.

Take the time to learn how to pronounce 'difficult' names

What living in Chicago has taught me about the world