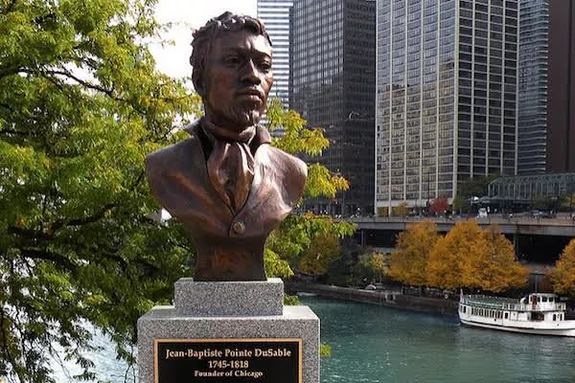 “Frederick Douglass is an example of somebody who’s done an amazing job and is getting recognized more and more, I notice.”

Does that quote sound familiar to you? If you don’t remember those words, they were spoken by our current president two years ago during Black History Month. The clip went viral because Trump used present tense to compliment the famous abolitionist, which suggested that he thought Frederick Douglass was still alive. Unfortunately, for the president, Douglass has been dead for over a century!

While this mistake was both laughable and depressing, we as a nation do not always know that essential part of U.S. history known as Black History. For too many parents in Chicago, this 28-day celebration of Black contributions to the U.S. is just another month, but with fewer days. Given the profound influence Black people have had on this country, it's quite sad that more of us are not informed about their contributions. More important, “us” includes parents. Our city, Chicago, is filled with Black history, and should be known by every parent that is a proud Chicagoan.

For example, how many of these Chicago Black History facts did you or your school age child not know?

• The first non-native permanent settler in Chicago was Jean Baptiste Pointe DuSable, a Haitian man.
• The DuSable Museum of African American History is the second oldest, independent, nonprofit Black History museum in the country and was co-founded by Dr. Margaret Taylor Burroughs and her husband in 1961.
• Fifty years ago, Dr. Martin Luther King, Jr., lived on the West Side during his fair housing fight in North Lawndale.
• Along with Frederick Douglass, nationally-known activist Ida B. Wells-Barnett (for whom Congress Parkway was recently renamed) organized a boycott against the 1893 World’s Columbian Exposition for its exclusion of Black people.
• Chicago was one of the main stops for southern blacks during the Great Migration.
• The name “Bronzeville” was coined around 1930 by a theater editor for the Chicago Bee newspaper, who was inspired by the “bronze” color of African American skin.

How did you do? How did your child do? Did it spark any curiosity? Good! For families that may not know where to start, check out your local library. Librarians can offer information on African American history events, documentaries and books that fit your child’s level of interest. It’s also an excellent place to explore stories you never knew existed.

In our current climate of ignorance and hatred, we cannot afford to ignore difference and pretend to be color-blind. Teaching your children about Black history before a misinformed public figure does is important so they learn to value people's differences. We, as parents, have the ultimate influence on how our children view our segregated city, our world, and how they fit into it and relate to other people. Culturally-aware children grow up to be culturally-competent adults who can help bring more equality and justice into the world. Wouldn't it be nice to have more people like that in the future?

Keisha Mathew has been a youth advocate for over 15 years. She holds a masters in social work, with a concentration in community schools from the University of Chicago. When she’s not exploring the city with her two magical children and partner/husband, she’s planning their next fantastic voyage. Follow her on Instagram via @wanderlust.writer.creator