Why I'm not saving for my son's college education 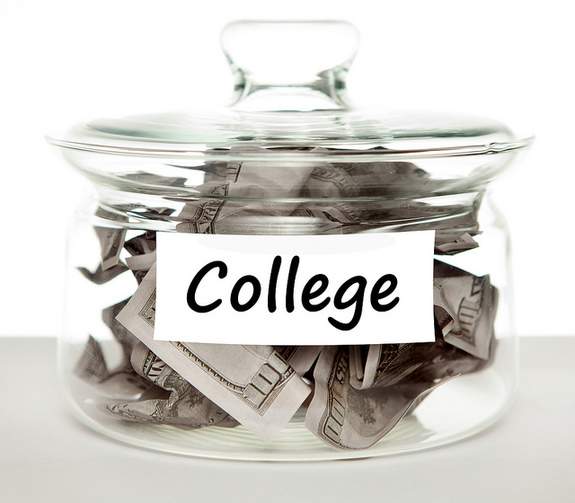 It was February 2016—less than three months before our son was born—when my wife and I attended NPN’s Preparing for Parenthood: Workshops & Expo at the Erikson Institute. Among the people we spoke with during that event was someone from Bright Start College Savings. As we flipped through the pamphlets on the table separating us from this man in a bright orange shirt, he explained how 529s (“tax-advantaged savings plans that help put money toward your future student’s education” if you’ve never heard of these) work and the benefits of starting to save for our son’s college tuition and fees as soon as possible. I had heard of these plans, but I never put much thought into them because, well, I never had anyone’s education to save for until a couple years ago.

So after the event, this frantic father-to-be who was—and I suppose still is—obsessed with finances, starting crunching numbers to determine if we could afford another hit to my paycheck (adding a child to your employee health insurance isn’t cheap). “How much biweekly paycheck deduction would I need to take so we could save X amount of dollars by the time our son reaches college age?” was the question that kept bouncing around in my head.

But now, with our son quickly approaching his 2nd birthday, we’ve long stopped worrying about how we’re going to pay for his college. And it’s not because we don’t care about education (keep reading) or that we’re rich (far from it). It’s because we’ve decided not to save a penny. Why, you might be wondering?

Because we would prefer to spend money on travel.

My wife and I have advanced degrees—and the student loan debt to prove it—and I've been a college English instructor for nearly a decade, so we completely appreciate the value of education. But from our perspective, us not starting a college fund will not prevent our son from attending the college of his choice or earning a degree or becoming a happy and successful adult. If he decides to go the college route when high school ends, he’s free to take out loans like Mommy and Daddy did, get a job to help pay for school or, better yet, earn a scholarship.

Some may consider that a harsh approach, as our son could end up going into more debt because he doesn’t have the resources to meet rising educational costs, but we refuse to stare at reports of rising college costs and panic about whether he will have the funds to cover tuition and fees starting in 2034.

We understand our son probably won’t remember these trips, but by continuing to make travel a priority in our lives over the next 16 years—or however how much longer he lives with us—we’re hoping to provide a valuable education that can’t be obtained by attending a lecture, cracking open a book or firing up the Internet. There is nothing like experiencing new places and cultures, trying new foods and better understanding other people’s perspectives on the world.

We would much rather see that type of growth from our son than to see a college fund grow.

When you're an introverted parent with an extroverted child

When parents fight on the playground