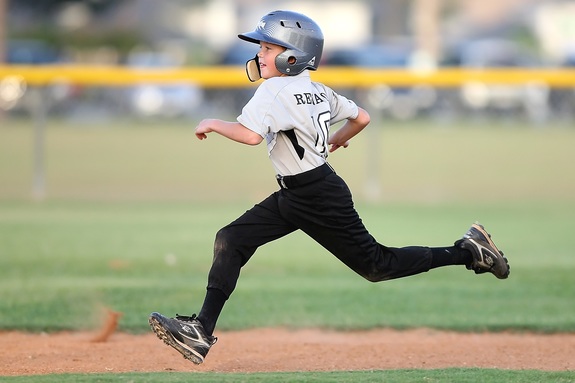 “Parents should be supportive. We can’t dictate to him what he can be and what he cannot be. So as a consequence, what we do is we participate with him in golf, and if it was bowling, we would participate with him in bowling. Each and every one of us has our own life to live. And he has a choice to live his life the way he wants to live his life.”

In this “That’s Incredible!” episode from the early ‘80s, the late Earl Woods, father of Tiger Woods, discussed the role he and his wife, Kultida, played in how they raised their son and supported his interests. While some didn’t—and will never—believe Earl Woods’s denials that he pushed his son into golf, what is undeniable is that before be passed away in 2006, the elder Woods watched his son hoist 10 major championship trophies and become one of the most dominant golfers ever to tee up a ball.

Until I became a dad last year, I never gave much thought to the sense of pride Earl Woods or the parent of any Olympian or professional athlete must feel while watching his or her child competing at the highest level of their chosen sport. My thoughts always centered around being the one circling the bases after hitting the walk-off home run in Game 7 of the World Series or nailing the game-winning jumper to win the NBA Finals. But reality has finally sunk in (unless the Cubs are in need of an almost-40-year-old right-hander with little to no control and hardly enough velocity), and I realize that my only shot at making the pros is through my son.

The problem with that, besides it sounding like I’m placing all my unfulfilled sports dreams on my son’s shoulders, which I guess I kind of am, is that even if he did play sports in high school, the odds of him competing after graduation are slim. According to NCAA research, the estimated percentage of boys who play high school athletics who end up competing in their sport in college ranges from 2.8% for wrestlers to 12.3% for lacrosse players. The odds are even more daunting to move past the collegiate level, as the estimated percentage of male NCAA athletes who go on to play their sport professionally is:

I don’t like those odds. I also don’t like thinking that analyzing all these numbers and trying to convince myself that my son will be the exception and not the rule may all be for naught as there is the possibility that he will break the news to me one day that he’s just not into athletics and he would prefer to pursue other interests like art or playing the piano (my wife’s hope). This wouldn’t surprise me in the least bit, as our son has already shown an affinity for instruments and he’s mesmerized by different sounds. Playing with a ball? Not so much interest in that yet. But he’s still young, I like to tell myself.

So when it’s time for my son to start making the decisions that could impact the rest of his life, am I going to follow Earl Woods' advice about supporting my son no matter what, even if his heart takes him to a place that could break mine a little bit? I’m sure I will. Thankfully I have some time to come to grips with that in case it does happen.

Dads shouldn't get credit just for showing up

Why I didn't move after a nearby shooting