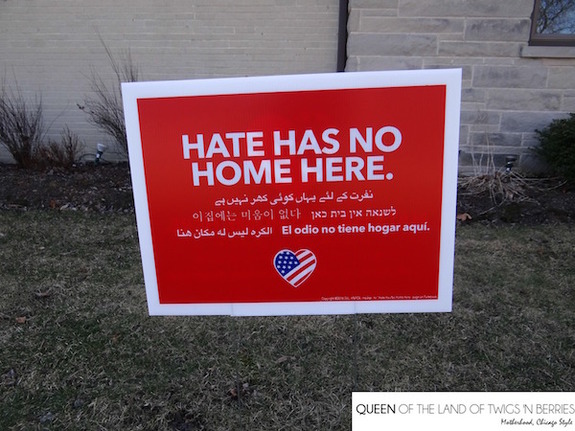 It was a Sunday night, and we were settling in as a family to watch a Blackhawks game when the game broke away for a nightly news update. The newscaster mentioned a looming storm, a car accident on the Kennedy and showed a clip of the President-elect behind a podium. My five year old looked at the television, looked at me, and then asked me why the President-elect was yelling. And to be honest, I wasn’t really sure since there was so much yelling going on for months and months in the political arena and it was beginning to wear on my heart…and my ears.

But here’s the thing: As parents and citizens it is our responsibility to weed through all of the politics and the ugly bickering that comes along with it and instead focus on the issues that we are passionate about. As an interfaith family, race relations are always on the forefront of our minds, as well as education, since we have two young boys who will be entering the public school system next year. Since these topics are complex and it can be difficult to explain why they are such “hot button issues” in this political climate to young kids, we focus on something they can understand that affects everyone in the world: kindness and respect.

As we live our daily lives, we are always talking about kindness and respect. When I tuck my boys into bed each night, I ask them how they were kind that day. If they can’t think of anything, we talk about different situations in their day when they could have made a choice to be kind, such as inviting a friend to join in on a game or sharing a toy. We also make a conscious choice to fill our family library with books that showcase all of the different ways that people can and do make a positive impact on the world. NPN is another great resource to find ways for your family to volunteer and give back to the local community so you are truly practicing what you preach.

Respect is a bit trickier for young kids to understand, but it is now more important than ever to show everyone respect. During the election, our neighborhood, like many others across the country, was littered with lawn signs supporting one candidate or another. When my boys asked me what all of the signs were about, I tried to make my explanation, although imperfect, as simple and impactful as possible. I told them that everyone wanted to make the world a better place, but that different people had different opinions on how to make it better. The most impactful part of our conversation was when I explained that even though people disagreed, it vital that they listened to one another’s ideas because maybe, just maybe, they could blend their opinions to make one unstoppable idea.

If you ask me, politics aren’t important. People are. And that’s what kids really need to know. 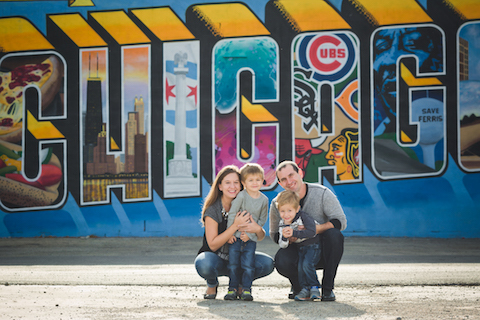 Amanda Simkin, a lifelong Chicagoan, created her blog (queenofthelandoftwigsnberries.com) to share how she celebrates motherhood in Chicago. She offers “insider’s guides” for both well-known and off-the-beaten-path family-friendly gems. Her fans include Red Tricycle Chicago and Chicago Parent Magazine.

Related articles:
13 signs you might be a Chicago mom
Why I didn't move after a nearby shooting
Kid birthday party etiquette--for parents
The NPN blog gives voice to our members' thoughts about parenting in the city, and the views expressed don't necessarily reflect our own. Want to write for us? Email laura@npnparents.org with your topic ideas.
Posted on March 13, 2017 at 10:52 AM