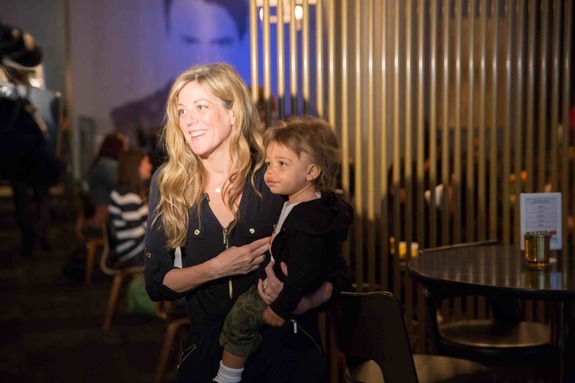 In the first of our new monthly series that shines a light on local charities that support Chicago children, we feature Jackson Chance Foundation co-founder Carrie Meghie (above, with her son Max). JCF aims to help parents whose baby is in the neonatal intensive care unit (NICU) by paying their transportation costs, including hospitals' pricey daily parking fees, so nothing stands in the way of spending time with their little one.

What's your personal connection to this cause?
My husband, Terry, and I founded the Jackson Chance Foundation in honor of our son Jackson, who passed away at 10 months in 2012. Because of a chronic lung condition, Jackson spent all but 48 hours of his life in the NICU. He passed away in my arms while holding his father's hand on September 7, 2012—just shy of 10 months old. After Jackson’s death, Terry and I asked ourselves what we could do to help other families with children in the NICU. The answer was immediate: ease the burden of the astounding parking fees that are preventing too many families from visiting their children.

Like all parents of critically ill children, we were told by Jackson’s doctors that visiting our child every day was just as important to his health and recovery as the medical care he received. My husband and I were blessed to have the resources and support to spend each and every day with Jackson. We were able to find so much joy in the NICU and create an environment where the hospital became an extended family to us and Jackson. We wholeheartedly believe that the time we spent with Jackson contributed to his happiness and well-being during his short life.

Why is this charity so important for Chicago kids?
Imagine if your newborn baby was sick in the hospital for months, and every time you wanted to see your child you had to pay $15-$25 per visit. When Jackson spent his entire life in the neonatal intensive care unit (NICU), we realized this was a burden seen by many families with critically ill children who could not afford the high cost of parking and transportation. Can you imagine having to decide whether to pay your mortgage or to visit your critically ill child? We founded the Jackson Chance Foundation so that no family would have to make such a heart-wrenching decision.

Our mission at Jackson Chance Foundation is to enrich the lives of families with babies in the NICU by allowing them to spend more time with their critically ill baby. JCF created the NICU Transportation Program to partner with hospitals and alleviate the transportation expenses of all families each and every day their child in in the NICU. Prior to the NICU Transportation Program, monthly or daily parking passes did not exist, and families did not have access to in-and-out privileges. The programs are fully funded by JCF and currently benefit the Ann & Robert H. Lurie Children’s Hospital of Chicago with the hope of expanding to more hospitals.

Because of the Jackson Chance Foundation, no family pays for parking or transportation at Lurie Children’s Hospital of Chicago while their baby is in the NICU!

How has being involved in this charity affected you as a parent?
Founding and running JCF is my way of continuing to be Jackson’s mommy. I am taking care of his legacy as I would have taken care of him. He is with me each and every day and it’s a consistent reminder to cherish each moment. I have patience that I didn’t know was in me. I have learned not to “waste” my worries on the little things or something I cannot control. I have an appreciation for the everyday and simple things that I long for with my first born. All of this makes me a much better mother, to both my boys.

How can people get involved?
Our 3rd Annual Ping Pong Ball is October 29 at Hard Rock Hotel Chicago. You can support by attending, sponsoring and/or donating to our auction. Go to Jacksonchance.org to find out more.